Since upgrading to iOS 7, my iPhone 5’s battery life has suffered. So I decided to poke around to see what I could do to help ensure I get the most from each charge. Here are some of the things I’ve learned, which were culled from Maclife.com. 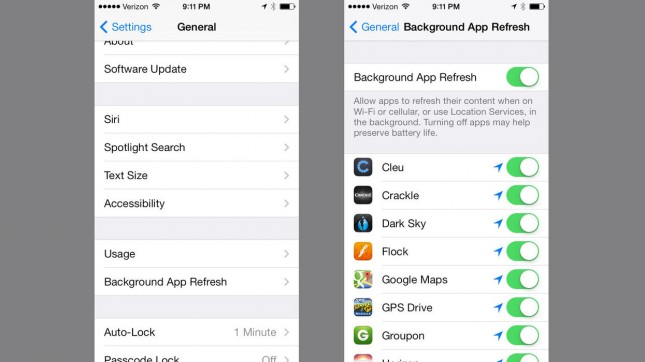 Refreshing change With iOS 7, developers finally have unbridled access to multitask, allowing any app to update its content throughout the day. That is, if we let them. Whenever you install an app, you’ll be able to turn off its ability to refresh in the background — but you probably won’t want to. 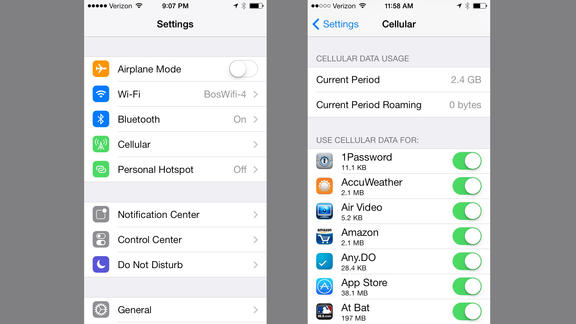 Apple has always given us some control over which of its apps have license to eat into our pricey data plans, but iOS 7 takes it to the next level. Now that apps have been granted far greater background permission, Apple lets you choose which are important enough to use your precious cellular gigabytes and which should wait for a Wi-Fi connection. 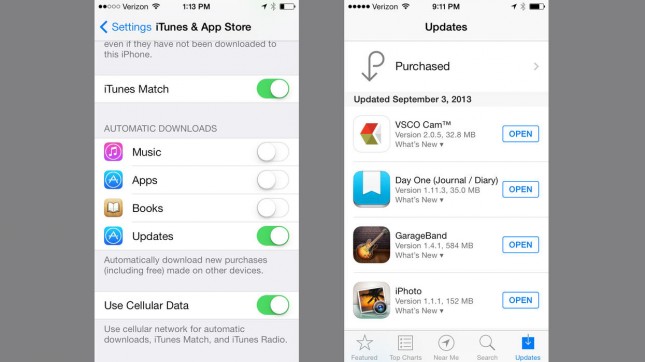 It’s something we’ve wanted since the first badge appeared on the App Store icon, and Apple has finally allowed for background updates in iOS 7. Of course, if you still want to update your apps manually, you can turn it off in the App Store settings. 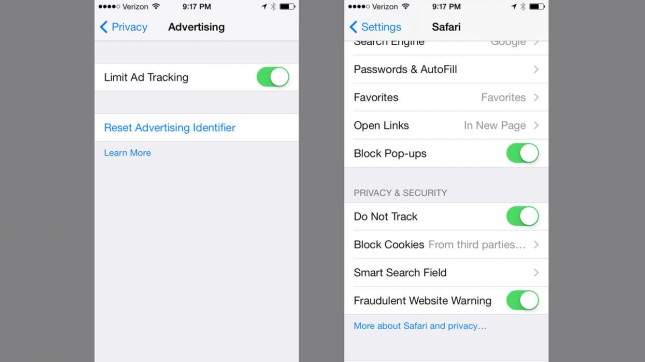 As long as we’re using connected devices, we’re never going to completely free ourselves of prying eyes looking to sell us things we don’t want, but Apple at least allows us to lesson their visibility in iOS 7. Over in the Privacy settings, you’ll find a toggle to limit as tracking, and in Safari, there’s a do not track button.

Apple has implemented an entirely new way to multitask in iOS 7. While you still double-tap the home button to bring up your open apps, the method of browsing your open apps is completely changed, as has the way to quit them. Instead of tapping those little X’s, just find the problem app and swipe up. 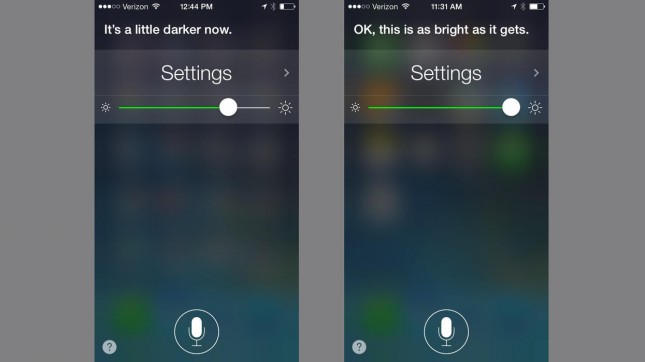 The Control Center makes it easier than ever to adjust the brightness on our displays, but if you’re looking for a slightly less hands-on way, you can ask Siri to do it for you. You won’t get the fine-tuning that the slider gives you, but if you need things to be about 25 percent brighter or darker, Siri can help you out.

Here are some other links that might provide more insight into why your iPhone’s battery is draining so quickly. Note that most of the info is fairly redundant to the tips posted above.

iPhone Shutting off at 20% Battery?

For the last few weeks, my iPhone5 would randomly die at around 20-25% battery. At first, I thought it was an issue with iOS7, and hoped it would be resolved with the latest update to iOS 7.0.2. Unfortunately, the problem persisted. Then I thought that maybe the camera app was dipping the battery life to lower estimates with each photo (as my old phone used to do), and then surging back up after the photo was taken. But the issue occurred on (one of the few) days when I didn’t even use my camera. After poking around online, I found a solution.

Apparently, as with most restarts, the 20% battery bug is attributed to firmware issues. So forcing your phone to upgrade the default firmware is the only solution.

First you need to have your iTunes open on your computer.

Plug your phone into your computer and then hold down the sleep and home button at the same time for exactly 10 seconds and then release the sleep button.

Continue to hold the home button until a message appears in iTunes telling you that an iphone in recover mode has been detected.

When you are in DFU mode your iPhone screen will be completely black. (It may take a few attempts to enter DFU mode. If you see the iTunes or Apple logo, a restore logo or any kind of message on the screen of your iPhone you are not in DFU mode, but standard recovery mode).

Once you are in DFU mode restore your backup through iTunes. To do this locate your phone in the iTunes menu, it should be in the left hand column and say something like “Claire’s iPhone”. Hit the “Summary” tab and then click Restore. This will restore your phone to its factory settings. From there you should be able to install iOS 7 if it hasn’t already.