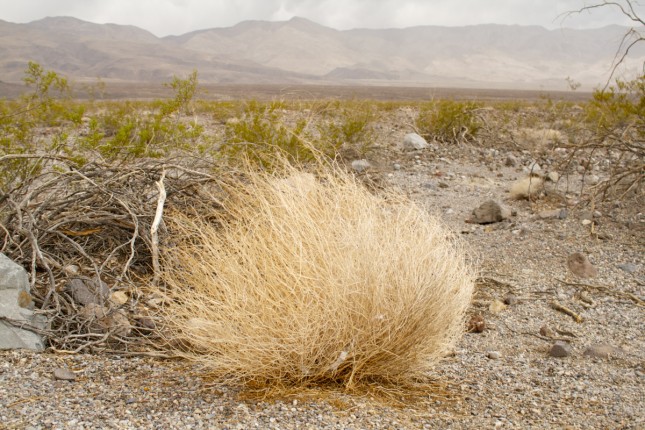 This Halloween, I found myself crossing two rivers by PATH, subway, and bus, to attend the jungle-themed party of a sustainable furniture studio in Red Hook, Brooklyn. The venue was fantastic. And while the party, libations, costumes, energy, and attendees were stocked in excess, the food was not. It was then that we remembered the massive, metal barbecues that we passed, one lot east of us. The smokers belonged to Hometown Bar-B-Que, he said. And though the lot had been rented to prepare the meat, they didn’t have any to sell.

I walked back to the party, dejected, and spoke with Dan, my host. He said that they had to use Eventbrite for ticket reservation because the previous year yielded unprecedented numbers. This year, they decided to cap the list at 650 attendees before declaring the party sold out. He then fished me and my friends a craft beer from the ice tub, and ladled a hearty serving of jungle juice for my date.

I wasn’t going to last long with this guy offering me free, hoppy beers all night. I returned to the entrance and Googled Hometown Bar-B-Que. Mitchell answered.

“I spoke with your man over here on the water,” I said. “It’s a shame you’ve got nobody down here selling food. It smells incredible and there are about 650 people here that are going to be starving soon.”

“I’d like three orders of tacos and two chicken sandwiches,” I said. “Do you want my credit card number or will you take cash when you get here?”

After another visit to one of the two open bars, and registering the tipsiness of myself and my friends, I concluded that a brisk walk in the drizzling Red Hook rain might be worth it. I collected some cash and head-off down the cobbled streets for 454 Van Brunt St.

Naturally, Mitchell’s estimate of two-seconds was off, but not by much. I walked in the restaurant and my senses instantly registered two things: the aroma of the barbecue triggered salivation that threatened to wipe away carefully applied Halloween make-up, the place was almost entirely empty. I walked to the bar where I found three employees milling about without costume or customer. Twenty old-wood picnic tables lay dormant and unused, and echoey voices emanated from the kitchen that spoke of gossip and idleness. Mitchell had the staff required for delivery, after all.

The woman at the bar reluctantly approached and pointed me to a different counter. I walked to the empty counter and a gentleman, too, took his time to assist me. “Are you Mitchell?” I asked. No, Mitchell was in the back and was unable to speak with me. I caught Mitchell’s co-worker up on the events thus far.

“What you don’t understand,” he said, “is that this place is normally packed on a typical Friday night.” I looked around in dramatic show that this was no typical Friday night. Were my acting prowess better, I would’ve emoted of tumbleweed and cricket chirps completing the rustic, Western decor. Perhaps my Halloween costume upstaged my gestures of irony, as he didn’t seem to notice. I tried a more practical approach.

“The place is empty,” I said. “There are 650 people at a party a few blocks away that are dying for food. You guys could make a killing tonight.”

“This isn’t really a take-out or delivery place,” the man said. “It’s not really what the owner is going after.”

I prodded a little further, but realized the employee didn’t really care if the place made money or not, nor did Mitchell, who still refused to see me. My impression was that if a man lies to you on the phone, twice, he’ll probably not want to face you for a conversation. I placed my order (It turned out he lied three times: they didn’t have a chicken sandwich, so I would have to substitute a few orders. I’d already collected their cash and now worried I’d be stuck with the food and the bill).

In waiting outside, I watched a car pull-up, and the employee hurried over to the open window. I couldn’t hear much of the conversation, but I did hear him relate that the party had about 650 guests. I looked over and wondered if it was the owner, or Mitchell, or just a lost attendee looking for the venue. In my mind, I imagined the owner driving away, proud and defiant against the temptation of swaying from the restaurant’s no-delivery policy. I quickly did the math: 650 guests + 20 staff × $12 (for three tacos each) = $8,000.00.

The order came. The food was fine. My friends accepted the food substitutions, and we continued enjoying the festivities until 1 or 2 am. But on the long commute back to Hoboken, I couldn’t help but think of my experience with Hometown Bar-B-Que.

The inflexibility—or, rather, rigidity—of thought processes are what will ultimately make them fail. Maybe the old mantra of “Adapt or Die” should only be applied to those who put customer experience, quality service, and revenue opportunity at the forefront of their business models. Perhaps I’m wrong in assuming that all entities should cherish these values above others. After all, Henry Ford was famous for ignoring them (“Any customer can have a car painted any colour that he wants so long as it is black”) and look how far he came.

As much as I believe Mitchell and Hometown Bar-B-Que missed a wonderful opportunity to earn $8,000, generate goodwill, create word-of-mouth publicity, and potentially turn 650 strangers into walking billboards, advertisers, and repeat customers, perhaps not all business owners would see this as an opportunity. It IS a nuisance to step outside the norm. It’s a bother to change from the routine. And some people are simply comfortable keeping their heads down and abiding the policies set in place.

Would I visit Hometown Bar-B-Que again? Maybe (though there’s a seafood place next door that looked interesting).

Would I tell my friends? Probably not, other than this blog entry doing so.

But will I think of them again? Absolutely. Anytime I find my business in a typical Friday night at Hometown Bar-B-Que situation where I’m presented with an opportunity and find myself creating excuses or dictating policies, you can be sure I’ll remember this experience.