Earlier this month, I finally finished a novel that I’d been working on for the greater part of three years. &I is a study in self-identification as a reflection of others—twins, in particular.

In researching how to find a publisher for the book, I learned that I should create a cutting and submit it to online literary contests. Below is that cutting. If you know anyone in the publishing industry that may be interested in reading the full manuscript, please don’t hesitate to drop me a line. END_OF_DOCUMENT_TOKEN_TO_BE_REPLACED

What do you desire? What makes you itch? What sort of a situation would you like?

Let’s suppose, I do this often in vocational guidance of students, they come to me and say, well, we’re getting out of college and we have the faintest idea what we want to do. So I always ask the question, what would you like to do if money were no object? How would you really enjoy spending your life?

END_OF_DOCUMENT_TOKEN_TO_BE_REPLACED

New [d]onism added to the page… 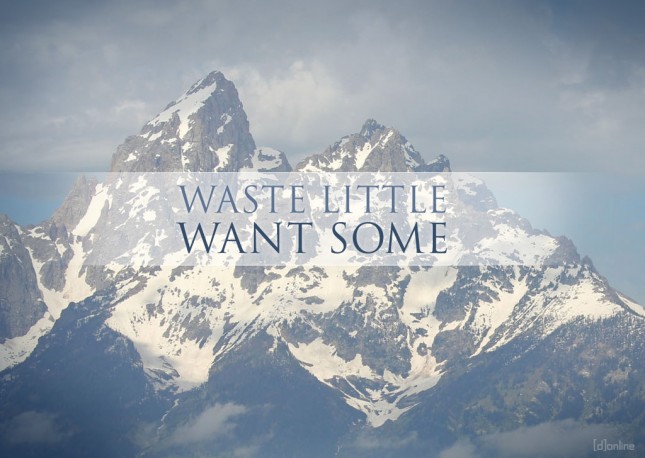 When I left the house this evening, I didn’t plan on making my Friday night in Manhattan all about people watching. I’d hoped, rather, to be able to meet up with the latest girl that I’d been deluding myself about. But rather, in tune with the last few weeks of trying to see her, we never ended up together. In my head, I composed the perfect email to let her know we’re through, but delivery will wait until tomorrow morning (when I’m clear-headed). You lucky readers won’t get such a reprieve, but rather the unfiltered stream of consciousness that was my evening. END_OF_DOCUMENT_TOKEN_TO_BE_REPLACED

I just finished a new original crossword puzzle called “Good Eets! (PDF). It’s about a “Monday” in terms of the New York Times Difficulty Rating System (read: easy). I hope you like it. Comments are always welcome.

Thanks to the amazing critique and imagination of Matt Bird (Betsy‘s Wünder-Husband), The Guardian is now in its third draft and looking pretty spiffy. Any and all feedback is greatly appreciated.

In the instant the seeds are sown, life begins to germinate and bustle in the sunlit haze of the coffeehouse. A solemn face of life-stained ivory presides behind a grumbling machine of showering dregs of java and addresses the new day as the walls themselves, yawning and laxed but present to punch in. The breeze is seasoned with a humid summer salt and finds itself proctored through the street by the arched beasts of man, which seem to submit as well to the weathered gears of nature.

She, of the counter, continues to harken her cavalry to whir and bubble in early-morning gossip and an espresso machine salivates to the dronelike hum of the electric lights. I cast a glance to her and notices the spell she weaves has her as entranced as the creatures she conjures. Before me is a notepad, a pen held idly above it, awaiting a new day’s limbic offerings and performing it’s sole purpose of taunting its toter with a leaf unvisited by ink and muse.

The door bangs and dispatches an auditory envoy to relate news of a visitor. A shirt presses against a newspaper, both rusted yellow in color, to approach the siren and her perch behind the counter. He forsakes a silent nod and she presents a pen and a undaunted visage. He waits, eyes trained on her chest, which is wrapped precariously loose in a sarong, and twitches a thick of hair that resides beneath his nose. The visitor readjusts his newspaper and I notice the yellowed tinge it has acquired is less prominent where his arm once rested. He tosses his visage towards the window by which I now sit and simultaneously masticates an unknown article to send his mustache bobbing again. The siren slides her labor across the black-tiled counter and sends an audible tick-tick-ticking through the room, beating with the silent clock on the wall. It was twenty-to-eight and the pub’s engine wasn’t warm yet and probably wouldn’t be for another few ticks itself. My pen still hadn’t left its motionless hover to embrace a naked page with drops of soul.

The envoy calls from his post that the chessplayers were here and ready to spend an eternity toiling over a plastic war, they showed respect to their temptress and seated between me and her. The mustard shirt outstretched a payment and graced the black tiles with a clink of quarters and cents, one which carelessly struck the edge of a brass gratuity bowl but had not this morning, nor any morning proceeding, entered by will. The sarong on the other side expected in her remaining time never to see an event like that incur within the morning hours of business, but relentlessly nurtured the tipless payment to lay them in a manger of bills. She, then, ritualistically squeezed blood from her mechanical friends and left her commune behind the tile to donate two glasses to the chessplayers. A trail of diminutive Africa Double A particles lapsed fantastic sweeps of steam to sway from the glasses’ trajectory to pile above their checkered flag on the wooden countertop amidst a few retired soldiers. I could see an exchange of pains between those seated and she, standing. The rusted shirt had begin to gaze intently at a crossword puzzle to my eleven and occasionally dropped a pen to crinkle on the paper below. I looked down, surprised, to see my pen was busy as well, but read not what fruits it delivered. Instead, I tossed a casual glance to see a microbic business crowd enter to remark bagel-and-large-to-go calls to the server, who had resumed her station amidst the caffeinated haze. While each achieved satisfaction, the filed one-by-one to their destination of sticky desks and business memo flystrips. I returned my eye to the screen door, banging, and paused only in brief hesitation on the pen below me, which furiously scribbled it’s own rendition of the day.

“Who are you to judge me?” broke through the threshold and my own Double A meditation. “Who are you to say the what is real to me is not the world in which we live?”

The man entered moments after his voice did and all commotion in the coffee house died. He spoke as he approached and if the screen door did make a sound, I think it was drowned out by this man’s song.

“If I don’t accept the shackle that is a punch card, and shake off the chain of nine-to-five, why must I then be labeled vagrance? I prefer to paddle through life in the canoe I forged of dreams. I prefer to fly amongst the geese with wings of experience, wings of earthly treasure. Refuse to pay with coins of dead plantation-owners. Kindness is my currency.”

He seemed to billow into the room as the tentacle of salted breeze let loose by the door’s upset. As he spoke, he smiled the lunacy that he propelled as freedom and enchantment. The last of the business crowd arched around his path and diverted eyes as the tracked to find their chains. As the last exited the door, a dusty beagle skipped through the door and caught up with his heralding master, leapt quietly to his side.

“Can I get you something, sir?” the siren spoke at last, her first notion to sing for the day.

“You can get me a megaphone that’s powerful enough to reach the stars, or least the penthouse offices. You can grace me with a podium of tears to melt through the barricades my brethren have built. You,” he whirred to Mustard with the crossword, “you, who play with the deeds of man. Allow them to infiltrate your soul with the happenings of an evil race. How many times does the front leaf proclaim jubilence instead of the seven deadly best-sellers? What does your cover speak of now? War? Nuclear armament? Murder and lies? When will you make your own historography of times gone by instead of pumping in theirs?”

Beneath the man, the dog whimpered and the saronged siren took note.

“You,” the eulogy continued with the man now addressing the plastic generals. “When will your games be those to reunite instead of divide, to make amends instead of ends. Why must your passion be ripping those from others? It’s you who trade plastic for metal and decide the fate of worlds.”

The man wiped his brow and looked back to the girl at the counter who had turn her back to retrieve a bowl from the stack. I watched as the man’s gaze never fixated on the girl’s chest or thighs, but locked only on her hands and then her eyes when she turned again. She caught his smile, then worked her way over to the sink to fill the bowl.

“You,” the man looked to me. “What is your game?” I looked down to my pad which had turned three leaves and bridged now on a fourth. “Muse,” I spoke. “Why lock yourself in papered remiss instead of sharing it in person? Are you afraid to give that quiet devotion to others and decide your part is taken when it is wrapped in a book? Will that book never be shared?” I looked to the kind man’s herbivorous smile and saw a watery concern in his eyes. All I could do was jog my head from side to side. “Your passions are great. Release that pen and take up the tongue or else your gifts will wither away in their inky decomposition.”

A clinkle behind the man caused him to billow again, but this time in stationary rotation to behind him. The siren crouched on the floor on the opposite side of the counter as her station and stroked the beagle’s ears as it lapped from a bowl of water. She looked up to great his eyes which glassed tears to her.

“Your puppy is thirsty,” she whispered. Then smiled a half-smile. “It can’t live on kind words alone.” “And you, my friend,” the man answered. “You can’t live on sustenance alone.”

The man reached deep in his pocket and pulled out a loose fist to hover before the girl. She put her hand out and he dropped his gift in hers. The dog, which now appeared satiated, licked his chin and nuzzled at the man’s side. “Thank you, friend,” he answered and turned to the door. The five of us watched him drift slowly through the doorway and the beagle romp after. The screen silently fell dormant and stopped without bouncing against the latch. The girl, still crouched, now fixated herself to standing, but continued to stare through the coffeehouse’s exit until the man could no longer be seen. She then turned her attention to her closed hand and peered through her fingers to see what was there. As they spread open, she saw a scrap of retired wrapping paper with half a sketchy Christmas tree on it. I could see her ponderous face turn to a warm smile as she stared at the treasure before her. From over her shoulder, a voice triumphantly said, “check.”