So we were playing a game of euchre on Friday at Alt.Coffee (in the E’Vill) and I mentioned an invention I was thinking about where I would affix the top portion of a filtered water pitcher into (or on) my automatic-drip coffee maker and create a sorta hybrid between the two. Hoboken’s water isn’t, shall we say, fantastic, so I figured this little genius idea of mine would make my mornings a modicum more pleasant. Considering the fact that I’m certainly not a morning person, I need all the help I can get. I took both appliances and sat them on my table and walked around them a few times scratching my chin and realized that it would be fairly easy to make a Frankenstein contraption out of the two.

Joyously (and sadly), I opted for searching the superinfowebway to see if someone else had the idea first and it looks like I was beaten to the punch, again. 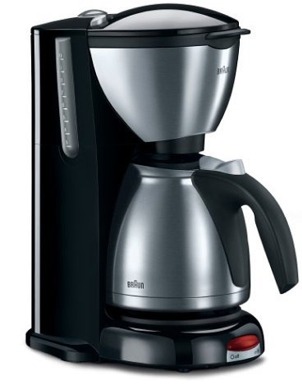 I say “again” because I had an idea as a kid that I thought was brilliant. Walking along the median of the highway, I noticed how the passing traffic pushed me to almost spin. Cars passing from behind on my right and from in front of me on my left would spin me in a counter-clockwise manner. Holding my arms out, I felt the thrust much stronger. I went to my folks and said that they should build fans into the cement dividers on highways that were connected to turbines and batteries. The steady stream of traffic during rush hour would generate enough energy to power the streetlights at night. And in rural areas, like the one in which I lived, highways stretched on for hundreds of miles. That’s a lot of free power and security for lighting in case of breakdowns on the long stretches.

“Imunna invent that,” I said. And then my lazy butt forgot about it for a while until flipping through my grandfather’s Popular Mechanics in the bathroom at his campground a few years later. My invention was in there and someone was making money off of it.

Now I could be the kinda guy that thinks that the invention had existed for years, but that the guy/company in Popular Mechanics had finally found a way to mass-produce the idea….but I’m not. I’m the kinda kid that thinks I was ripped off.

Either way, I deserve a little credit, dangit.