For the last few weeks, I’ve been working on a new identity system for my new ERA404 client, First Funds, LLC. They’re an amazing team, there, full of creative visionaries and allow let me do a lot of exploration. Their company was badly in need of a branding overhaul so the Director of Marketing approached ERA404 to create a whole new campaign.

In our initial concepting meetings we discussed the idea of developing an icon of an eagle to portray the idea of a swift, liberating funding process. The metaphor had commonly been used in the banking industry, as well as other patriotic organizations, but untapped for the cash advance industry. We’d also concepted a number of other ideas aside from this direction, however, the idea of the eagle really seemed to take flight with their executive team. They also mentioned that they liked the gothic phoenix we created for NYC-based, Phoenix Event Productions.

After months of revisions and wonderful feedback from the First Funds team, we finally crafted an identity that matches the company’s mission and culture. Here are the color and greyscale versions of the new First Funds, LLC., identity, which is currently being applied to their web site, stationery system, collateral material, digital media, tradeshow booths and signage.

The uber-talented Mike Citarella created the below desktop wallpaper for the staff at FirstFunds to proudly display on their PCs. Click the image to see a larger view. 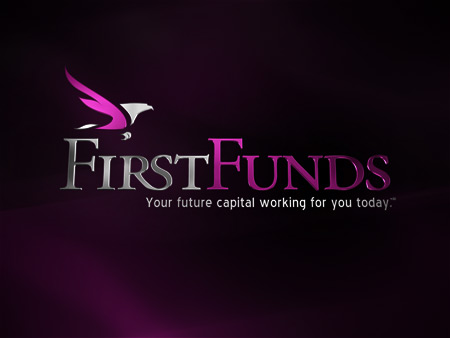 And, as I was taught in college, clients and creatives alike enjoy seeing the design concepting process. Below you can see a small portion of the thumbnail eagles. These are just a handful, as most are in my sketchbook and only show slight variations from the subset visible here.

Ultimately, I think this design is clean, impactful and fitting for their image, culture and services. If you’re interested in cash advances for your company, you should definitely take a look at First Funds and the products they offer.

Any and all feedback is appreciated. Click the image to see a larger view. The web site link below shows their old identity. 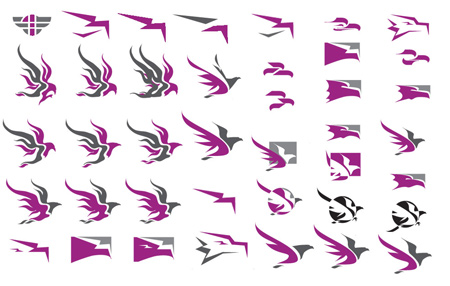 Kudos if you caught the bastardization of Shakespeare in the title, ripped from Hamlet’s “Words, Words, Words…they’re all we have left to go on…” Yea, I suppose I could’ve used MacBeth: “Birds to the heat of deeds too cold breath gives.”