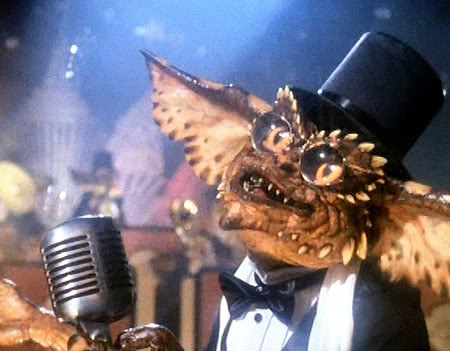 Three years ago, I wrote a list of accomplishments to mark my 29th birthday. I won’t do that today as I’m afraid the undoing of some of those milestones would only depress me. And today isn’t a day to contemplate my own achievements, but rather to reflect on what New York City has done for me in the past decade.

In 1978, I was born in a township of Rye, New York, called Portchester. And despite this birthright, I never thought I could feel at home in a city of 9-million people. For four years, I’d schooled, worked and lived in a town with a population just over 10-thousand. If it was past 10pm, everything was closed, save for Grunst Brothers package store and the coffee house that I managed and fought to keep open. There were no bodegas, no Famous Rays, no Off-Track Betting. The highways were dotted with Denny’s and you couldn’t find a sushi place if you drove for miles. This autumn, I’ll return for a 10-year anniversary to raise a glass with my graduating class—a group of the finest designers I know, whom, a decade earlier, I thought would be the captains of our industry. I would chastise myself for the ambitiousness of youth, but nothing has changed in the way I feel.

The first week I lived here, I couldn’t sleep. I tossed, turned, bought ear plugs, tried everything, but found all efforts fruitless and tirelessly exhausting. The sounds of ambulances and heavy traffic kept me awake as they shook my entire building in Park Slope, Brooklyn. To a kid that lived on North State, the biggest street in Big Rapids, I wasn’t used to traffic after bedtime. Six months later, I found myself restless again. Yet, this time it was the quiet of my parents’ house on Christmas Eve that kept me awake. Somehow the din that crawled under my skin and penetrated me to the marrow of my bones had transformed into the white noise that continues to lull me to sleep to this day.

And maybe that’s what New York does to you. It infects you, violently and mercilessly. It inflicts itself on you. It consumes you without guilt or apprehension. It takes who you are and makes you different, while somehow keeping you the same. The only thing I can liken it to is that scene in Gremlins II: A New Batch, where the gremlins invade the genetics lab and each drink different formulae: The one that consumes the spider DNA becomes a gremlin spider. The one that consumes the bat DNA becomes a gremlin bat. The one that drinks the estrogen turns into a gremlin woman. And the one that drinks the brain hormone becomes a literate, eloquent, singing gremlin that erupts into a chorus of “New York, New York” at the climax of  the film.

And while I write this article, the song’s famous son’s birthplace sits engraved with a star in the sidewalk across the street from me. If I can make it here, I’d make it anywhere. It’s up to you, New York, New York.

And, by all accounts, I’ve made it. Sure, my companies have had both times of feast and times of famine. I’ve worked with some of the greatest clients you could ask for (MoMA, The Herb Ritts Foundation, The Target Corporation, to name a few), won awards and recognition in Communication Arts and How Magazine, have been featured in The New York Times, The Wall Street Journal and even guest lectured at the School of Visual Arts (where one of my heroes, Paula Scher, teaches).  And I attribute all of these opportunities to the fact that I live in the greatest city in the world. I will give you that, New York. The opportunities were afforded by you and, as such, you’ve woven me—insignificant and immemorable—into the long, wondrous tapestry of your history. But I will not give you credit.

I have seen designers from better schools, with more fine-tuned talents, attempt your lifestyle. And I’ve seen them, beaten and tired, retreat back to their homes: with bumps and bruises, complexes, neuroses, addictions and worse. I’ve met much better people than I could aspire to be, and I’ve loved them, only to witness their surrender under your wrought iron law. New York City may give you its possibility, but it also gives its strife. And my decade here has proven that not everyone is cut out for your taxes and terrorism, your coldness and metallurgy, your clamor and  relentlessness, your capitalistic, cutthroat heart. And even in times, despite my great love for you, I think I’ve taken more than I can handle, myself. So while I’m honored to admit the opportunities you’ve presented me, the achievements, themselves, are mine. Tiny and forgettable they may be, these accomplishments remain with me.

I don’t dare think I did it alone, New York. There was an employer that plucked me from obscurity. A colleague that challenged my mediocrity. A girl that taught me love existed. A mentor that told me to abandon things when I couldn’t bring them further. A long-time friend that reminded me there was more to life than making the sale. A brother that helped me realize there are better things than going it alone. A supportive set of far-off parents that were proud regardless of success or failure. A cherished core of clients that took a chance. And a city that, despite all the criticism I give it each day, continues to reward those that work hard and take risks. My city. And, for the past ten years, my home.

I may have been born here, but I’m no New Yorker. I could never claim such a thing, no matter how long I live here. I’ll always be a Midwesterner and I’ll always be proud of my small-town roots. But I won’t deny what a massive effect you’ve had on me and how my adoptive home has reverberated through every part of my life and my psyche. Happy anniversary, New York. You’ve undoubtedly changed me for the better. And, despite foolish and naive dreams, I hope that in the smallest way, I’ll continue to change you too.

3 Replies to “Our Ten-Year Anniversary”