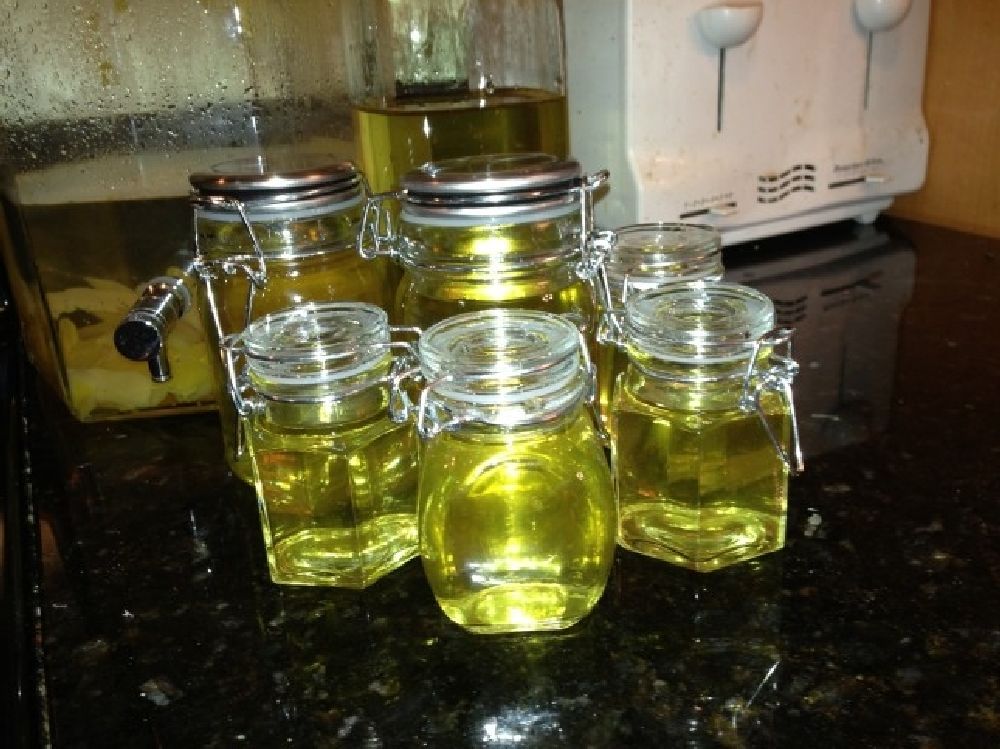 So, naturally, I thought it’d be fun to make my own. As I had no recipe from Donato, I sought out another Italian, Giada De Laurentiis, who recommends the following:

Stir the water and sugar in a large saucepan over medium heat until the sugar dissolves, about 5 minutes. Cool completely. Pour the sugar syrup over the vodka mixture. Cover and let stand at room temperature overnight. Strain the limoncello through a mesh strainer. Discard the peels. Transfer the limoncello to bottles. Seal the bottles and refrigerate until cold, at least 4 hours and up to 1 month.

One thing to note is that I was told that I should be using Meyer Lemons, which are tiny Chinese hybrids of lemons and mandarin oranges. Though, when I was in Italy, everyone was telling me to use these grapefruit-sized citrus lemons (called Femminello St. Teresa  or Sorrento lemons) from the southern coast of Italy. In the end, I just used standard lemons, as my local Shop Rite doesn’t import fruit from Amafi.

The photos below show the various stages of the recipe, following Giada’s instructions to the letter. In the end, I was very pleased with the limoncello and excited to be sharing in a family tradition.

One Reply to “Making Limoncello”