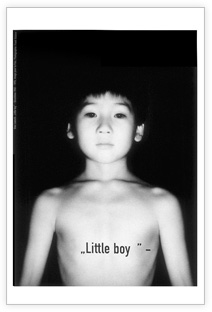 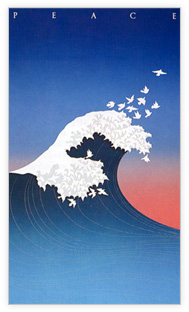 Two of my favorite posters of all time are Little Boy, by Uwe Loesch, and Wave of Peace, by McRay Magelby.

Little Boy
Uwe Loesch, originally of Dresden Germany, created this amazing poster that simply, beautifully, commemorates the bombing of Hiroshima. Little Boy was the nickname of one of the two nuclear bombs dropped on Japan at the end of World War II (the other was Fat Man) by the Enola Gay bomber. This poster, vaguely reminiscent of a U2 album cover (Best of…, War), evokes so much regret and sorrow, it’s tough to look at. While I don’t know how I’d feel about working on design for this subject matter, If I ever create a piece that is one-tenth this powerful, I’ll reach a new level in my work.

Wave of Peace
McRay Magleby, who now teaches graphic design at the University of Utah and manages his own studio, Magleby and Company, at his home in Provo, Utah, won the 1986 “World’s Most Memorable Poster,”the Oscar for poster art, for his poster titled “Wave of Peace,” which commemorates the 40th anniversary of the bombing of Hiroshima. It’s prompted a ton of plaigarism, obviously, from its pure symbolic beauty.

Incidentally, Magleby’s Wave of Piece seems to be based off of  Katsushika Hokusai’s The Great Wave of Kanagawa Print: 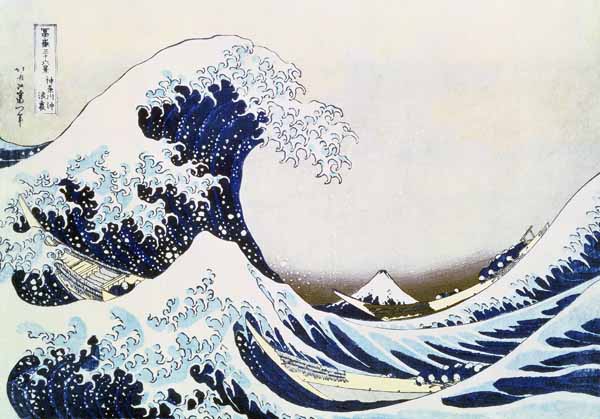 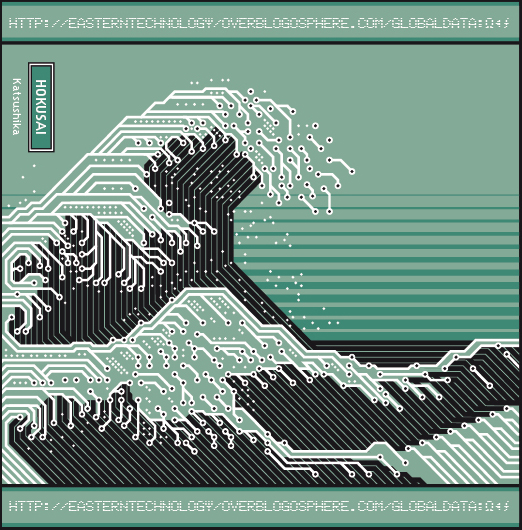 It’s odd that both of my favorite posters are centered around the same subject matter, however, they’re so drastically different.

2 Replies to “My Favorite Posters”