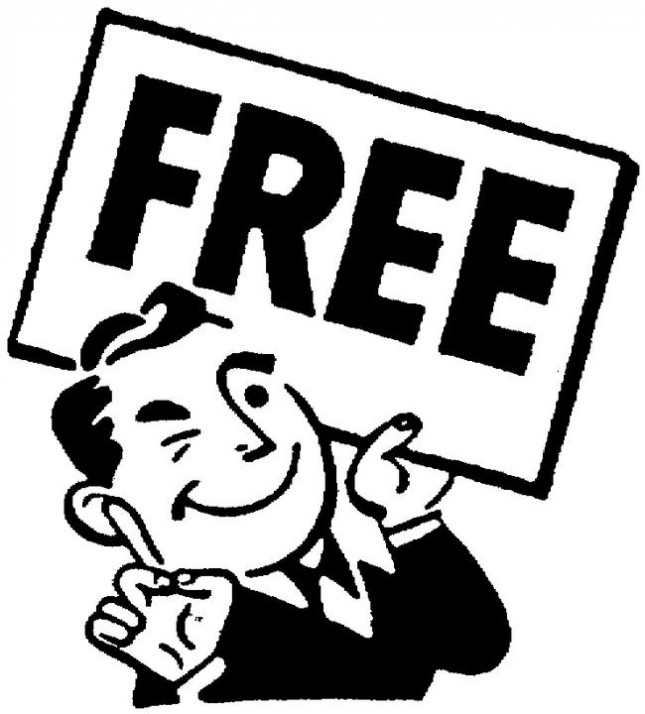 As we all know too well, free doesn’t always mean free. How often have you clicked on a link in emails or from search results only to be brought to a page that informs you that you must enter a credit card or complete a series of obstacles in order to get access to the elusive free product? Television offers for games, such as McDonald’s Monopoly game, always boast the “no purchase necessary” option to play. Gevalia touts a free percolator while also subscribing you to a coffee-o-the-month club for outrageously overpriced java. And dozens of pop-up “Free iPad” sites require you to enlist friends, sign-up for credit cards or buy magazine subscriptions in order to qualify for free products that you probably will never see. In fact, most spam blockers specifically look for the word “free” in the subjects or bodies of emails to elevate the email’s spam ranking simply because they know that free, online, isn’t always free. Free, online, means “free trial,” “free if you enter a credit card,” “free if you complete these tasks,” and “free*“.

Geni.com, one of the largest online services for free online family trees, entices users with the boast that they’re absolutely free unless you want to access extra tools not available to basic users. What they don’t tell you is that any family with over 100 users – namely every family in the world – cannot expand their family tree without paying a minimum of $5.00/mo, per family member. They also gradually strip out basic options available to free members after you commit to the service. After about a year of using the site, they disallow the option of sending birthday cake and balloon icons to family members’ profiles. After two years, they strip out the option of sending a specialized birthday messages altogether. Why? Simply because you’ve invested the time and energy into creating your tree and inviting members and they believe that you won’t switch to another service after all the legwork is done. In fact, they used to allow you to enter five (5) generations of family members with no limitation to the number of members within these generations (my family alone has 700+ members within the first five generations). But their latest change decimates your ability to maintain your family tree online, thus rendering their service pointless unless you pony up the cash.

Spotify.com, the latest venture by Sean Parker (whom we all know from the movie, The Social Network) has similar lures with the glowing bugzapper of the word “free.”  A six month free trial period is activated upon initial log-in with a Facebook account, where a user can listen to an unlimited amount of music supported by visual and radio-style advertising. After the trial, Spotify will make tracks unavailable once they are played five (5) times and has a listening limit of ten (10) hours per month. Only unlimited subscriptions remove the advertisements and time limits, with premium subscriptions allowing for extra features, such as higher bitrate streaming, and offline and mobile access to music.

With competing products such as Last.fm and Pandora.com, where listening is always unlimited, one wonders the value and purpose of adopting a new service where free no longer means free. And Google Music has promptly set out to change the landscape further, with all your music accessible offline, through mobile apps and any terminal with an internet connection – ad-free and unlimited. And though Hulu.com just hit a million paid subscribers to Hulu Plus, they would never limit the hours of Hulu Basic.

Perhaps companies like Google and Facebook have altered the online public’s perception of what free really means? And by that, I mean that they’re returning the word to its implied denotation. There is no version of Facebook that charges. There is no Google Premium, no Google Unlimited. In fact, both Facebook and Google have invested so heavily in re-inventing online advertising over and over again, they know the future of free must always remain free. Maybe that’s why they’re running the show.

Imagine a world where these basic web services (search, social networking) were to change their models to match those of Geni.com or Spotify: In order to see an unabridged index of the web or perform unlimited monthly searches on Google, you need to pay $5.00/mo. You could notify your Facebook friends of the trivial drivel in your life for free (“I’m getting a venti Caffè macchiato at Starbucks right now!”), but as soon as you accumulate more than 100 friends, you can no longer update your status without forking over the cost of the macchiato each month. It would be mass exodus! A virtual, digital diaspora to a land flowing with animated milk icons and unlimited, streaming honey.

Curiously enough, when you visit: http://www.facebook.com/free, it drives you their portal for advertisers.

And maybe that’s the point I’m trying to drive home. While I’ve grown weary with the repetition of insipid advertising on last.fm and hulu.com, I would never upgrade simply to remove the ads and hear my music or watch re-runs without them. I’m a product of the advertising generation where every installment of The Simpsons was laced with car companies peddling seemingly identical automobiles, year after year, among an autobahn of fine print, pharmaceutical companies prescribing invented cures for invented diseases with sickening dosages of side effects. The ads provided a perfect bathroom break for my brother and I, a perfect opportunity to compulsively channel surf for my father. The information super highway is a toll-less road, paved will billboards peppering the route. It’s an American institution and one I’m happy to overlook.

Maybe my children will be intolerant to intermittent advertising, but  it would require them to resign themselves to a world where free is no longer free. In short, if the world changed to the model that Spotify and Geni use, I’d have to pay for this installation of WordPress and you’d have to pay to read it. Can you imagine a worse way to spend your money? God forbid.