Due to the great success of Random Musings I (and I mean that facetiously), I’ve decided to continue through with a second one. I realize that ultimately, that turns [d]online into a tumblr, but I’ve never been one to adhere to a strict format and still feel myself wanting to get verbose sometime.

Weirdly, one of my biggest typographical pet peeves is when someone confuses stationary/stationery. I think it bugs me the most because as a designer, it’s quite prevalent in my competition’s portfolios.  After four years of randomly buying lottery tickets just to casually bug the employees of the Davis Stationery Store in Hoboken, they finally updated their sign. Should I bother telling them about “tobbaco”? 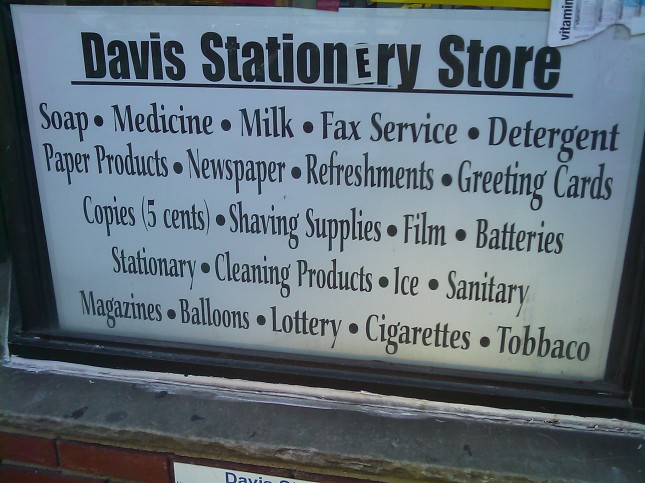 The Bird is the Word

When it comes to children’s literary criticism, the Bird truly is the definitive word. My friend, also a Kalamazoo native, was just written up in Forbes! How cool is that?

This is wrong on so many levels. But it calls to mind the possibly apocryphal story where Gerber baby food wasn’t selling well in a non-English speaking nation. It turned out that the natives were used to deciphering product contents based on images of the product on the label. To their astonishment, the baby food only started moving after the product designer Gerber swapped the cherubic disembodied baby head with illustrations of carrots and peas.

So what am I to assume is packaged inside these? 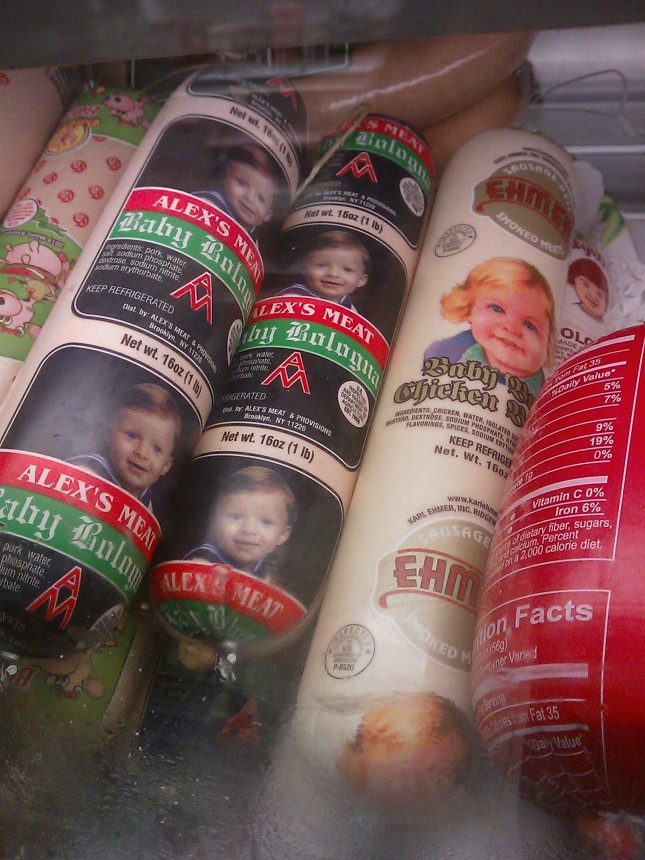 A few weeks ago DesignM.ag published a collection of jQuery plugins for working with forms. While those plug-ins  were very useful, there are times where I would rather learn how to code the solution myself rather than simply using a plug-in. There are a number of quality tutorials available for working with jQuery and forms. DesignM.ag featured 25 of them:

One Reply to “Random Musings II”