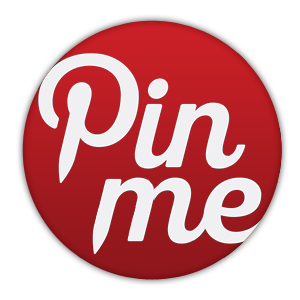 But is Pinterest really for chicks, dude? Yes and no. In my Visual Communication course, the graduating class was comprised 80% of women. And analyzing my design studio’s clientele, roughly 83% are women. It’s no secret that the fairer sex has always been more aesthetically driven. According to Fred Showker, author of Women of Design, more than half of the graphic designers in the United States are women. Many of my design heroes (Paula Scher, April Griman) and friends (SwissMiss, GretCreative) are women. And while I don’t specifically mention this in our creative brief, the impetus behind my studio’s rebrand was to better position ourselves among our growing female clients. In fact, the aforementioned design hero friends were the two that I called upon to help me create a disciplinary palette for the studio’s new image.

Denying the impact women have in terms of being brand advocates for my clients—pinning artwork, photography and videos, and sharing content socially through networking tools such as Pinterest—would have devastating results for my clients, male or female. Would you ever openly deny the whole late-20s-early-30s audience if your product targeted a different demographic? According to CNET, Pinterest’s number of daily unique visitors has doubled to 4 million in the last three months, alone. I would be remiss if I didn’t strongly urge blogger clients to actively and openly request their readers share their content on sites like Pinterest. The lovely and ever brilliant Frances Schultz exploded onto the pinboards with her eager and devout readers. And in a conference call with the foundation for a late, great American photographer, half the call was discussing the repercussions of intellectual property if disseminated on the boards. The decision from the call was unanimously in favor of the pinners.

I suspect, given the meteoric and rampant adoption of users, that we’re going to continue to see corporations, personalities and marketers support Pinterest more and more in coming months. It may continue to be led by women and continue to attract 25-to-35-year-olds. And though I don’t perfectly fit within this demographic, I believe that in order to successfully operate in a design world so inseparably infused with digital and social media, you cannot expect to survive unless you embrace the trends as they come. In no way am I implying that you should abandon the conventional, traditional or time-tested tenets of design and plunge headfirst into the pinboards. But condemnation based on age or gender hasn’t worked so well in the past and it isn’t the best way to ensure you adapt rather than die.