My company, ERA404 Creative Group,  just finished editing this book trailer for the new novel by Emma Donoghue, “ROOM.” The book has already been shortlisted for the 2010 Man Booker Prize and has received a ton of wonderful publicity. This video was shot in the client’s audio lab at Little, Brown and Company. The actor is the son of publisher Michael Pietsch and is actually a very good artist. Coaching a little kid to draw poorly is more difficult than it sounds, but he did a wonderful job anyway.

While I selected the script, edited the audio and directed the shoot, the editing and cinematography was done by Mike Citarella and the video was shot under the guidance and creative assistance of LBC Marketing Maven (and Craft Services for the shoot), Amanda Tobier. The official site for ROOM (www.roomthebook.com) is expected to launch next week.

This is the third video we’ve concepted for a book. The first was the viral video (NSFW) for Charles Bock’s “Beautiful Children,” which rocketed through the web with the help of Adrants and Gawker articles. The second was for Joshua Ferris’s “The Unnamed” web site, which showcases surveillance video from Grand Central Terminal. 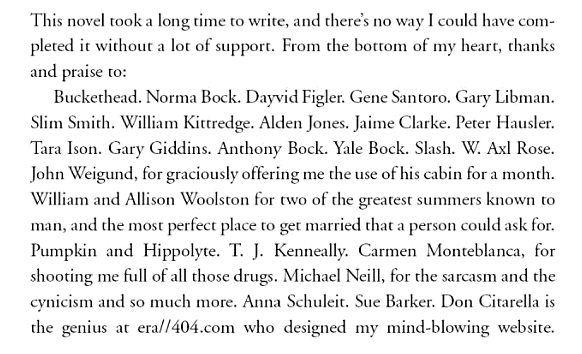 One of my favorite authors and good friends, Charles Bock, mentioned me and my studio in the acknowledgements for his New York Times bestselling novel, Beautiful Children.

A wide-ranging portrait of an almost mythically depraved Las Vegas, this sweeping debut takes in everything from the bland misery of suburban Nevada to the exploitative Vegas sex industry. At the nexus of this Dickensian universe is Newell Ewing, a hyperactive 12-year-old boy with a comic-book obsession. One Saturday night, Newell disappears after going out with his socially awkward, considerably older friend. Orbiting around that central mystery are a web of sufferers: Newell’s distraught parents, clinging onto a fraught but tender marriage; a growth-stunted comic book illustrator; a stripper who sacrifices bodily integrity for success; and a gang of street kids. Into their varying Vegas tableaux, Bock stuffs an overwhelming amount of evocative detail and brutally revealing dialogue (sometimes in the form of online chats). The story occasionally gets lost in amateur skin flicks, unmentionable body alterations and tattoos, and the greasy cruelty of adolescents, all of which are given unflinching and often deft closeups. The bleak, orgiastic final sequence, drawing together the disparate plot threads, feels contrived, but Bock’s Vegas has hope, compassion and humor, and his set pieces are sharp and accomplished.

I definitely recommend you pick up a copy:

This is a re-post from a press release on my company’s site. The original article can be found, here.