END_OF_DOCUMENT_TOKEN_TO_BE_REPLACED

I’m pleased to announce my first application is ready for sale on Google Play and Apple App Store. You can also see the information about Diss ‘n’ Gauges in my company’s portfolio.

Diss ‘n’ Gauges: Sometimes the best response is an app!

Diss ‘n’ Gauges: Multi-Pack combines all our individual meters into one great application. Are you looking for best and funniest way to start or end (disengage from) a conversation?

All meters react to tapping on the screen. Tap once to trigger, tap a second time to reset. Diss ‘n’ Gauges is now available for iOS (iPhone, iPad) and Android phones and tablets.

There’s no denying that mobile phones have grown to become an increasing part of our lives. In fact, there’s a 42% likelihood that you’re reading this newsletter on your phone or tablet device, up 10% from last March. And in most cases, mobile applications would probably be overkill for your business or brand, where a beautifully designed, responsive newsletter (such as this one) will more than suffice. However, if you’re looking for something more than emails, here are some things for you to consider.

There’s a big difference between a mobile website and a mobile application. Before you can evaluate the benefits of either, it’s important to understand the key differences between the two. Both apps and mobile websites are accessed on a handheld devices such as smartphones (e.g. iPhone, Android and Blackberry) and tablets.

Read the rest of the newsletter here 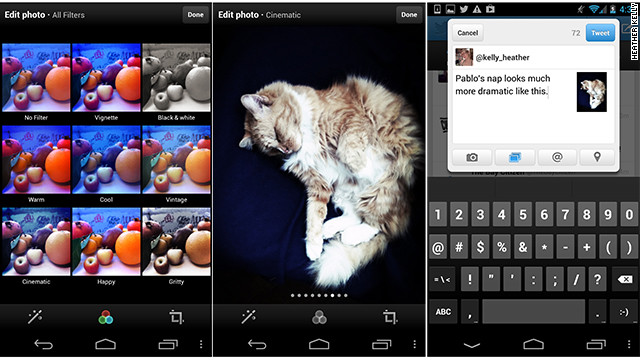 Petros Vrellis has created an interactive visualisation and synthesizer that animates Vincent Van Gogh’s “Starry Night”, using openframeworks to create a simple and elegant interaction. A fluid simulation gently creates a flowing fabric from Van Goghs impressionist portrait of the Milky Way and night sky over Saint-Rémy in France using the thick paint daubs as the particles within the fluid.

A touch interface allows a viewer to deform the image, altering both the flow of the particles and the synthesized sound, and then watch it slowly return to its original state. The sound itself is created using a MIDI interface to create a soft ambient tone out of the movement of the fluid that underscores the soft movement. Beauty through simplicity at its finest and most playful.

I’m a little embarrassed to admit that the video brought tears to my eyes. 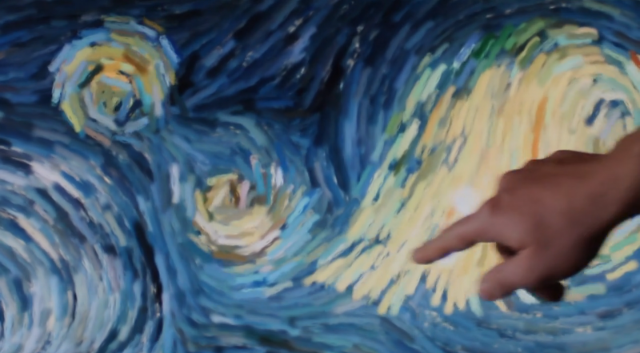 As part of the newly launched Pantone Moods Facebook application, the world-renowned color gurus asked us how we could make the social phenomenon (a quarter million moods have been posted, to date) more exciting for users. Color enthusiasts have had the ability to share their emotions and tag them with Pantone color chip values for the past three years. However, in addition to tripling the color selections (Pantone GOE, and, now, Pantone Plus and Fashion + Home libraries) and and interacting with other members, mood-posters now have the ability to share their gender and location information with the world of users online. In league with OKCupid Trends and Mint Data, Pantone Moods users can see who has posted similar moods and color chips. They can even filter down by Facebook location, gender and time of post to see whose emotional spectrum is the closest to their own.  END_OF_DOCUMENT_TOKEN_TO_BE_REPLACED

I had the pleasure of attending Noble Desktop‘s training of Adobe Suite CS5 on November 8th, so I can learn a bunch of tricks and tips new to more recent versions of Adobe’s famed suite. The hour-long seminar was led by Noble Desktop’s “Dan” who also maintains their site and occasional freelance gigs. Dan skillfully and quickly walked us through a number of features that have been added to the creative suite for Adobe Illustrator, Adobe InDesign and Adobe PhotoShop. Because I currently don’t have the new suite and I know I will forget these tricks shortly, as well as the fact that the AIGA NY event had limited seating and many [d]online readers aren’t members of the AIGA or reside in NYC, I thought It might be nice to share some of these tips with you here while simultaneously documenting them for my failing memory. END_OF_DOCUMENT_TOKEN_TO_BE_REPLACED