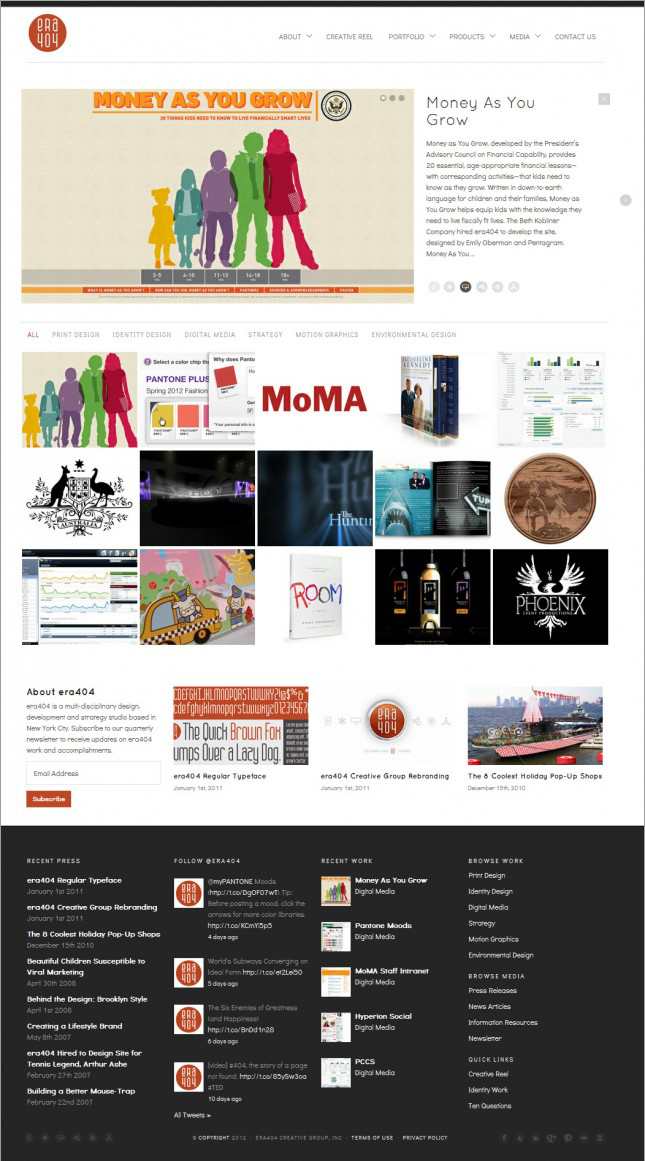 For the last few years, as all designers seem to do, I kept saying “God, I really need to update our site.” As my brother Chris always says, “the second worst problem in the world is having too much work, but it’s far better than the alternative.” era404 has been fortunate in that we’ve never found ourselves with too much idle time on our hands. That said, we’ve been seriously lacking in the capacity to explore new business development and professional upkeep and maintenance on our public image. Until now. END_OF_DOCUMENT_TOKEN_TO_BE_REPLACED

My design studio, ERA404 Creative Group, was pleased to launch our 2011 Creative Reel this week. Information about the reel can be found in the supplementary ERA404 newsletter (Season X, Issue II), the Press Release (ERA404: Commemorating10 Years) as well as the [d]online blog post about the rebranding effort.